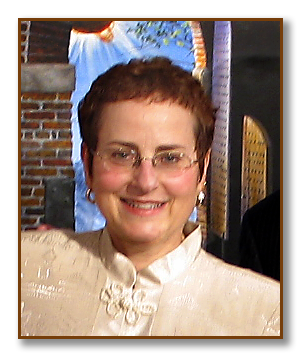 After growing up in Illinois, Cook attended Mississippi University for Women,  receiving a BS­ in biology and a BFA in drawing and painting. After graduating with an MFA from the California College of the Arts (drawing, with a specialization in scientific illustration), she became the staff Artist/Photographer for the Morrison Planetarium, California Academy of Sciences, a position she held for sixteen years.

Via freelance work and subsequent self-employment Cook worked with researchers at the forefront of scientific discoveries; most notably, discoverers of planets outside our solar system. This resulted in worldwide publication of Cook’s astronomical images in books, periodicals, documentaries, and press releases by Astronomy, BBC Television, CNN, The Discovery Channel, Japan Public Television, NASA, Newsweek, Scientific American, Time, and US News & World Report (a partial list). Cook also has been featured on ABC7 News (KGO) and in USA Today.

In 2010 Cook shifted direction toward painting, her first love. She now focuses on the urban environment of the San Francisco Bay Area, from historical landmarks to more common "everyday" scenes. She is a 2016 grant recipient of the Pollock-Krasner Foundation.

Cook's Shadows & Silhouettes series features clothes hanging out to dry and the patterns of light and shadow created by fire escapes and balconies. This group, represented by the Andra Norris Gallery (formerly Gallerie Citi), was shown in Spring 2016 at the Morris Graves Museum of Art in Eureka, CA. A solo exhibition at Gallerie Citi followed. Her painting Kaleidoscope, commissioned by Imagery Estate Winery, was released as a label on the 2015 Primitivo. Four of Cook's laundry paintings have been made into prints and are part of the Two-Dimensional Artwork Collection at Zuckerberg San Francisco General Hospital and Trauma Center.

Other series include paintings of favorite San Francisco icons such as the Golden Gate Bridge, Coit Tower, and the Ferry Building - as well as a variety of small works.

The textiles created by Charlotte Cook-Fuller, the artist's mother, originally were created as a collaboration: paired paintings and textiles of favorite San Francisco locations. Their first joint exhibit, Point, Counterpoint: San Francisco Through the Eyes of Charlotte Cook-Fuller and Lynette Cook, was held at Evergreen Museum & Library in Baltimore, MD. This was followed by the Stereopticon exhibition at Stanford Art Spaces, also a two-person show. Charlotte's latest textiles were displayed at  the UCSF Women's Health Center as part of the Serenity: Extraordinary exhibition.